Participants in the AACR Future of Cancer Research Innovation Summit, which was held in Washington, DC, in June.

The AACR uses the power of collaboration, bringing together laboratory scientists, clinicians, survivors, patients, advocates, and regulators to attack the cancer problem and develop bold solutions.

Precision medicine requires an end-to-end learning health care system, wherein the treatment decisions for patients are informed by the prior experiences of similar patients. Oncology is currently leading the way in precision medicine, because the genomic and other molecular characteristics of patients and their tumors are routinely collected at scale. A major challenge to realizing the promise of precision medicine is that no single institution is able to sequence and treat sufficient numbers of patients to improve clinical decision making independently. To overcome this challenge, the AACR launched Project GENIE (Genomics Evidence Neoplasia Information Exchange).

AACR Project GENIE is an international pan-cancer registry of real-world data assembled through data sharing among 19 leading international cancer centers. The registry pools clinical sequencing data from participating cancer centers to create an evidence base that is available to everyone. The consortium and its activities are driven by openness, transparency, and inclusion, ensuring that the project output remains accessible to the global cancer research community for the benefit of all patients.

Momentum for the project continued to build in 2019. At a special session during the AACR Annual Meeting 2019 in March, David Hyman, MD, from Memorial Sloan Kettering Cancer Center and Monica Arnedos, MD, from the Gustave Roussy Cancer Center reported on the early results from two retrospective natural history studies in rare metastatic breast cancer populations using data from the registry. The studies were presented in the context of the recent FDA framework on using real-world data to support regulatory activities, in particular natural history studies in rare populations. Both studies have now been finalized and the papers submitted for publication. In July, an additional 11,242 sequenced tumors and the associated baseline clinical data were posted to the registry, bringing the total number of unique records to nearly 71,000. This sixth public release—which contains data from nineteen participating institutions—covers 98 major cancer types and 656 unique subtypes.

In October, AACR Project GENIE took a major step forward with the announcement of the Biopharma Collaborative (BPC), a five-year, $36 million research collaboration with a coalition of nine biopharmaceutical companies. The goal of the BPC—in which biopharma team members will serve as active participants with governance roles—is to greatly expand the scope and accelerate the speed of clinical data collection from an estimated 50,000 de-identified patients treated at the AACR Project GENIE participating institutions. The additional clinical data that will be gathered through the BPC—which will be made publicly available twelve months following completion of data quality control processes—will enable Project GENIE to fully realize its goal to advance precision oncology and power clinical decision making at scale for the benefit of cancer patients.

While her term concluded with the AACR Annual Meeting in April, 2018–2019 AACR President Elizabeth M. Jaffee, MD, FAACR, continued to provide scientific leadership for this vital AACR initiative in 2019. Along with her cochairs—Jennifer Rubin Grandis, MD; Albert C. Koong, MD, PhD; Patricia M. LoRusso, DO; and AACR President-Elect Antoni Ribas MD, PhD—Dr. Jaffee joined leaders in the areas of immunotherapy, targeted drug therapy, and radiation oncology in June to discuss the obstacles to success in combining these therapies. The goal of the summit was to better understand the science and effectiveness of combining various modalities and to improve the development of combination cancer therapies through scientifically driven clinical trials.

The AACR Hematologic Malignancies Task Force—which was formed to guide the AACR’s programs and initiatives dedicated to blood-based cancers—held its inaugural meeting in July. Chaired by Jonathan D. Licht, MD, the task force gathered international leaders and stakeholders from academia, industry, and government to evaluate the current state of the field and identify innovative solutions to accelerate progress for the benefit of blood cancer patients.

AACR scientific working groups facilitate progress in fundamental or emerging areas of cancer science through collaboration. By building communities around areas of scientific interest, the AACR builds networks of experts in vital areas of inquiry and focuses their efforts to overcome critical research challenges.

Throughout the year, members of the AACR Pediatric Cancer Working Group worked with members of ACCELERATE, the ITCC-SIOPE Multistakeholder Paediatric Platform, to identify opportunities for collaboration. The participants identified the factors that impede the development of novel drugs for pediatric cancer indications and discussed approaches to overcoming these barriers.

While the AACR and the cancer research community have made great progress against cancer, future progress depends on a diverse workforce that is trained to explore and expand the frontiers of cancer science. Through its science education and professional development programs, the AACR sustains the pipeline of cancer researchers by recruiting, inspiring, and supporting emerging scientists at all career stages.

The AACR continued to build relationships with students interested in careers in science in 2019. The Science Education and Career Advancement Committee hosted the AACR Special Program for High School Students at the AACR Annual Meeting in April and at the AACR Conference on the Science of Cancer Health Disparities in September. More than 200 high school students across both programs participated in interactive lectures on cancer development and prevention and visited the poster sessions.

More than 200 undergraduate students also attended the AACR Annual Meeting to participate in the Fourteenth Annual Undergraduate Student Caucus and Poster Competition. Half of them presented their work in a poster session and received feedback on their research from AACR leaders. Presenters of the most highly rated posters received The Margaret Foti Foundation Undergraduate Prizes for Cancer Research, which are funded by AACR Chief Executive Officer Margaret Foti, PhD, MD (hc), to encourage college students to pursue careers in cancer research. 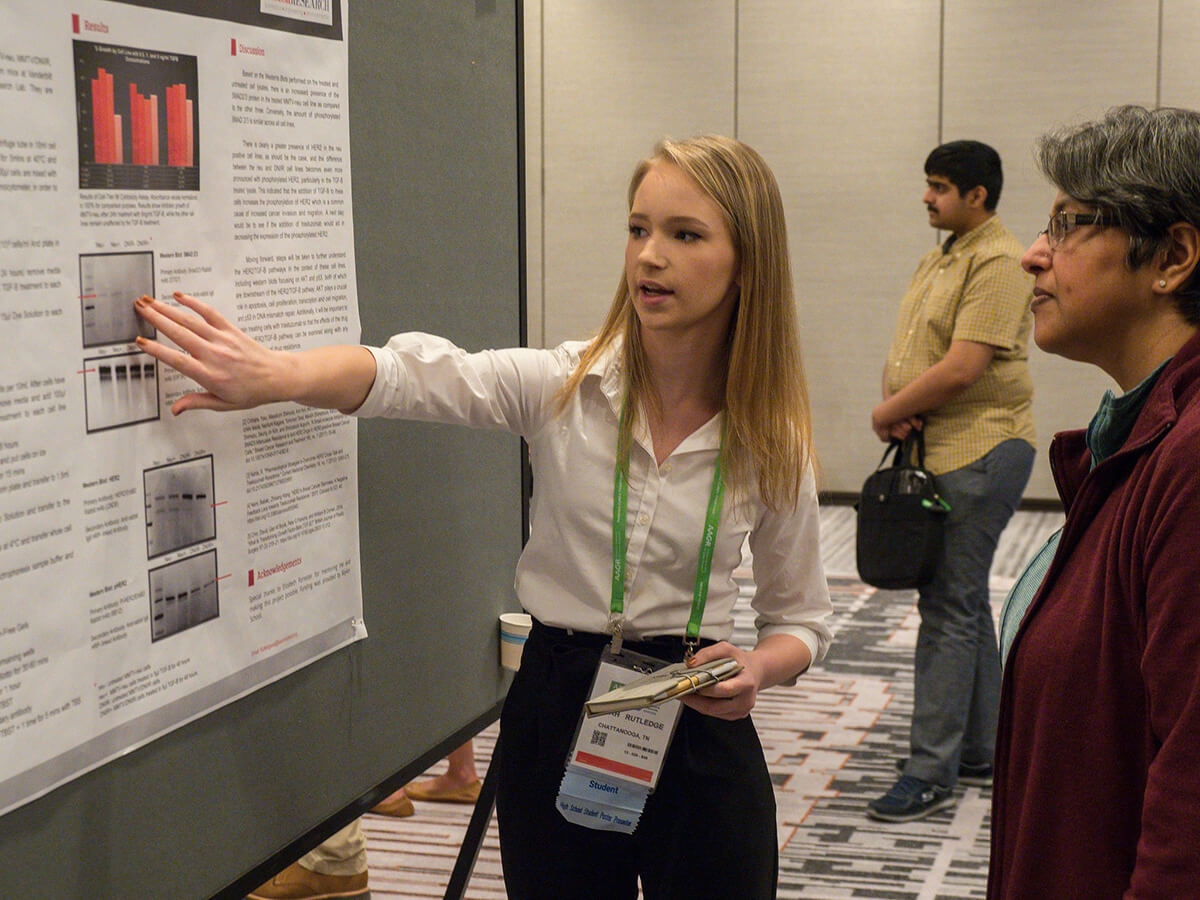 Over the summer, the AACR launched a new recruitment initiative focused on clinical fellows at NCI-designated cancer centers. Fellows were encouraged to become AACR members, and new resources were developed to support them as part of the AACR’s ongoing efforts to develop a scientifically diverse workforce. This outreach initiative was extremely successful, increasing awareness of the AACR among clinical researchers and inspiring more than 160 fellows to join the AACR.

The AACR was reviewed by the Accreditation Council for Continuing Medical Education (ACCME®) and awarded Accreditation with Commendation for six years as a provider of continuing medical education (CME) for physicians (through March 2024). The AACR offered CME credit at 18 different meetings in 2019, including nine special conferences, four joint conferences, two educational workshops, one joint providership activity, and the AACR Annual Meeting. AACR journals provided another educational resource, offering credit to investigators for reviewing manuscripts. A total of 3,073 researchers and clinicians claimed CME credit from the AACR in 2019, taking advantage of opportunities to maintain their professional competence and incorporate new knowledge into their practices.

The Twelfth AACR Conference on the Science of Cancer Health Disparities in Racial/Ethnic Minorities and the Medically Underserved was held September 20–23 in San Francisco, California.

Progress against cancer requires an understanding of the state of the art in cancer science, an ability to identify emerging areas of inquiry, and a willingness to explore nontraditional solutions. AACR meetings and educational workshops bring the cancer research community together to define the current scientific paradigm and to work together to expand it. For example, in October the AACR collaborated with Cancer Research UK (CRUK) to host a joint conference on Engineering and Physical Sciences in Oncology in London. This new conference—the first to be produced as part of the new strategic alliance between the two organizations—brought leaders in cancer research together with experts in engineering, mathematics, artificial intelligence, machine learning, and physics to explore ways these disciplines can both inform and transform oncology.


While AACR conferences highlight the latest cancer research, AACR educational workshops ensure that the cancer workforce is trained to understand and implement it. In November, the AACR marked the tenth anniversary of its educational workshop on Translational Cancer Research for Basic Scientists. Founded by Tom Curran, PhD, FAACR, and George D. Demetri, MD, in 2010, the workshop provides basic scientists with essential training to adapt their research for maximum clinical impact and transition into a new career in translational cancer medicine. 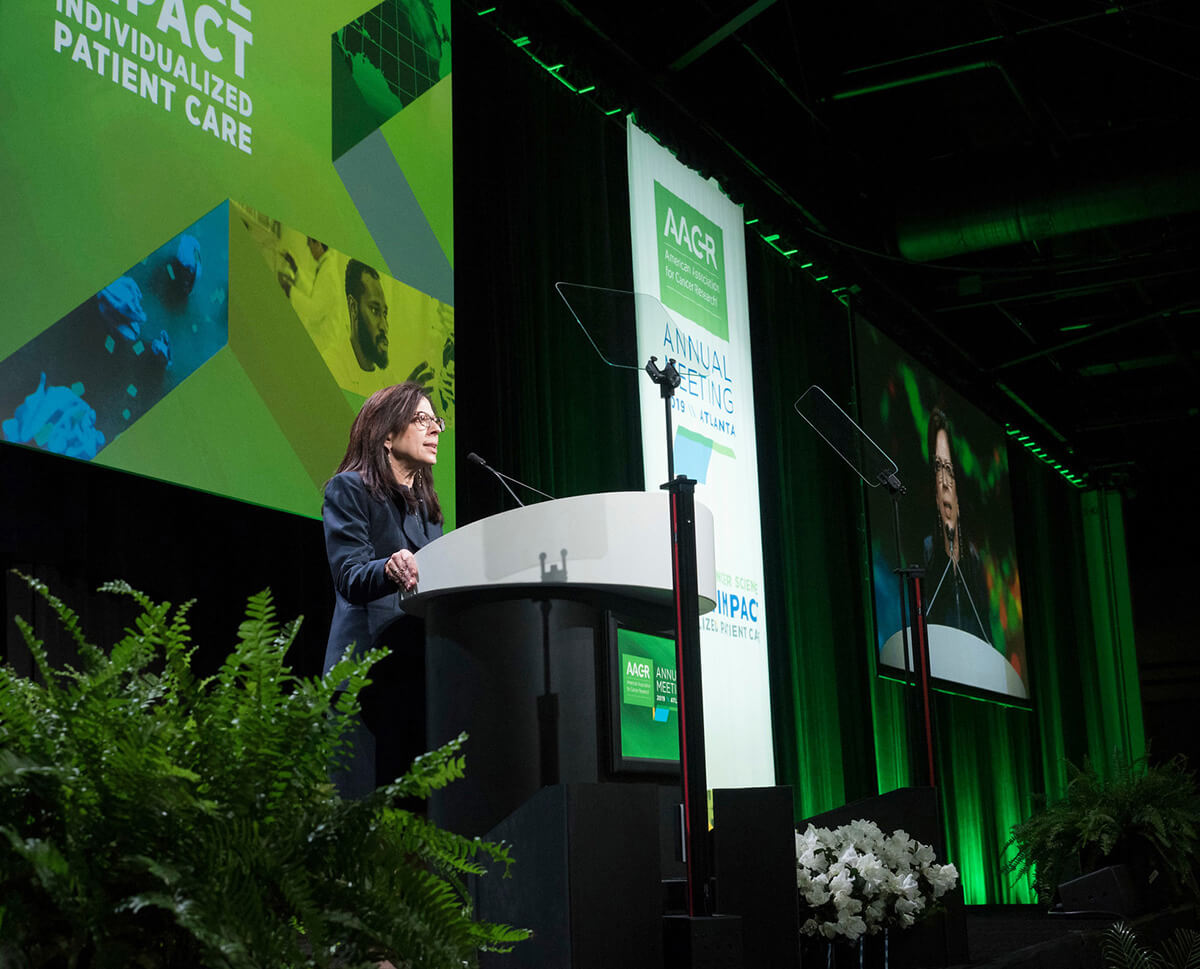 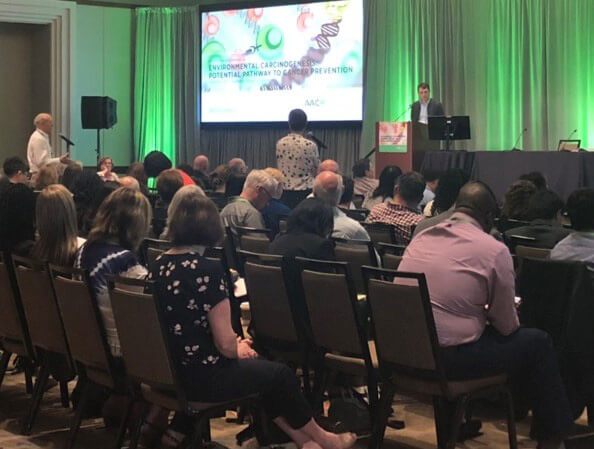 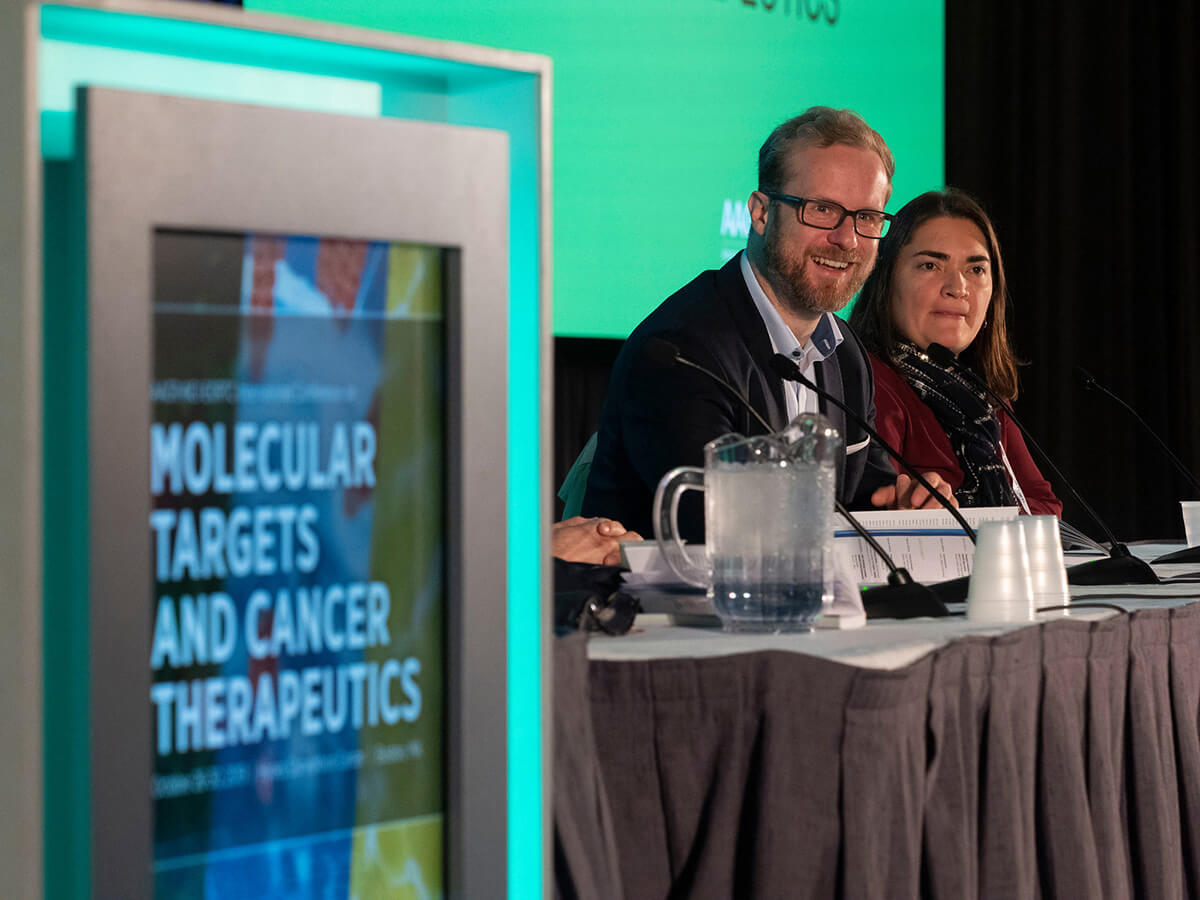